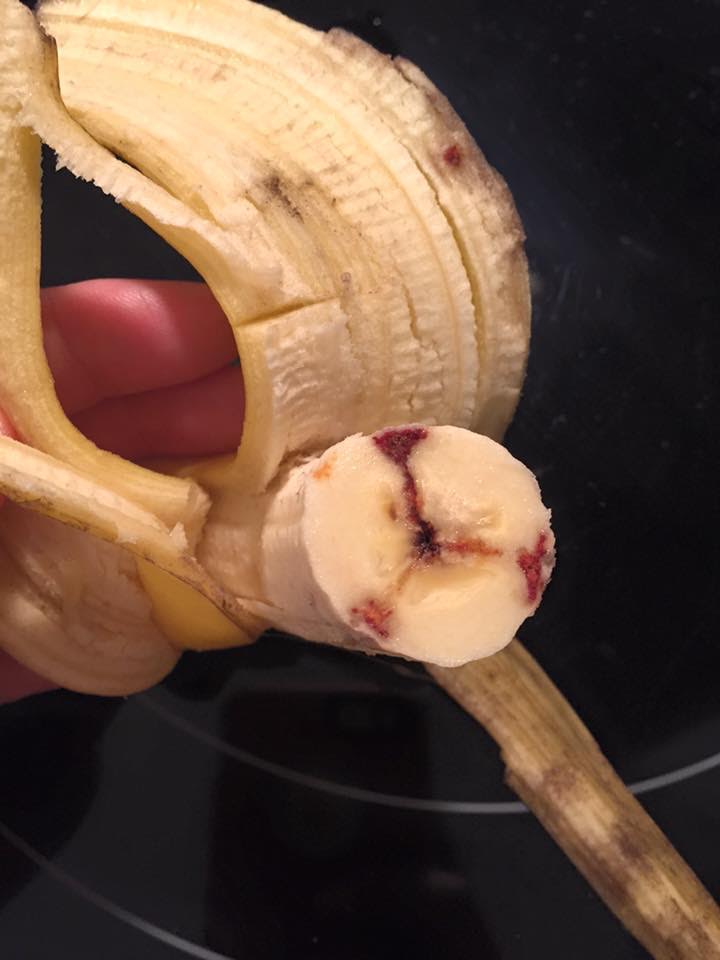 Photographs show discolored bananas that have likely fallen prey to a fungus, not to being injected with HIV-infected human blood.

Photographs show a banana that has been injected with human blood in order to spread HIV.

Photographs purportedly showing bananas that had been “injected with blood” have been passed around online with varying degrees of paranoia for several years:

I bought a bundle of bananas from the Walmart in Aberdeen tonight and opened it to give to my 2 yr old daughter. This is what I found on the inside! I opened the rest of the bundle and they appeared to be normal bananas. I’m not saying it’s blood but what else would it be?! One banana out of the whole bundle was like this … a little weird! Check your produce before eating it.  You never know what someone put in there.