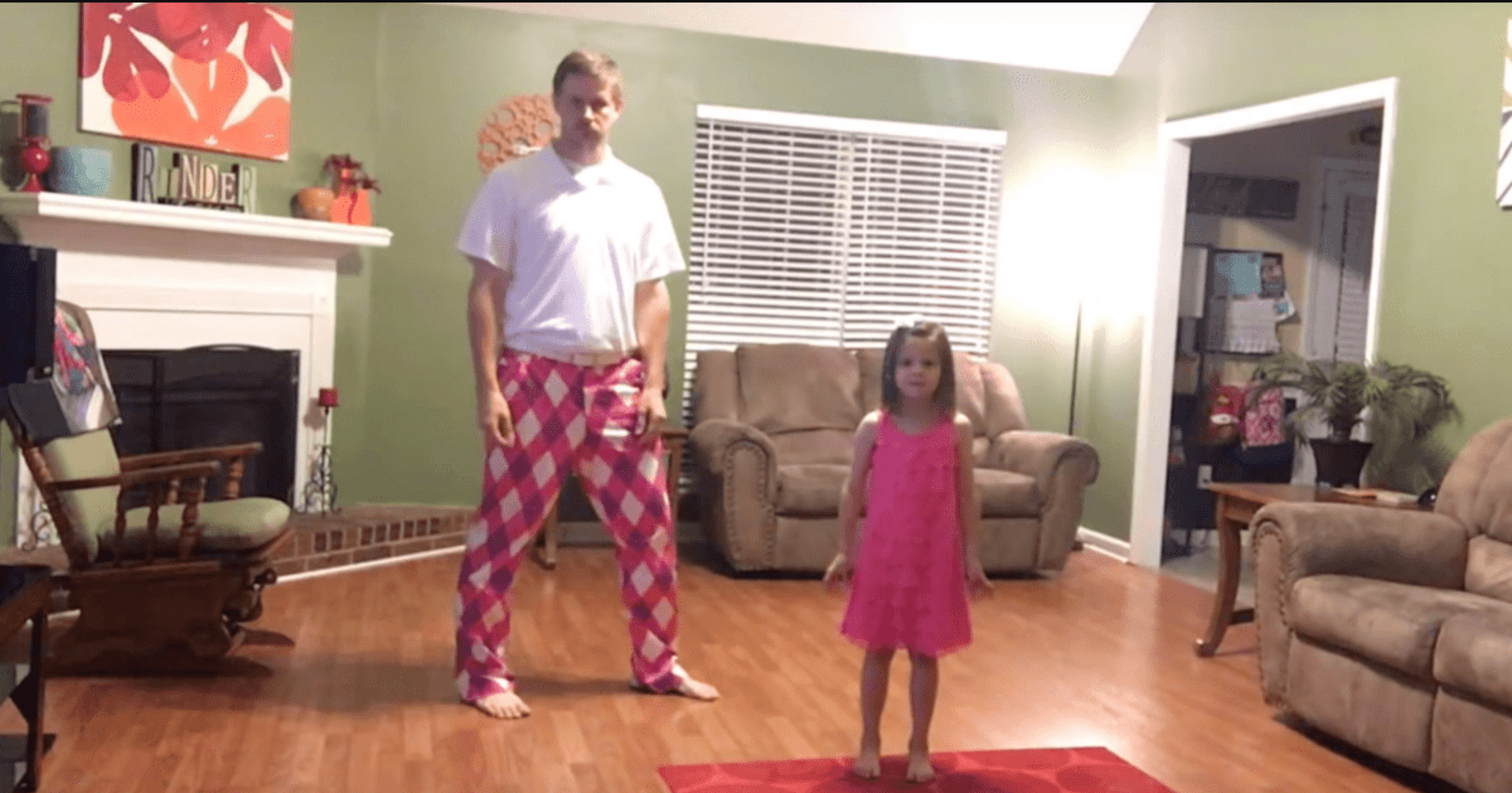 Dad Josh Rinder and his six-year-old daughter Audrey decided, while her mom was out, that they would choreograph and videotape a routine set to Justin Timberlake’s catchy song “Can’t Stop the Feeling.”

With their amazing coordinating pink outfits (including the dad’s sensational trousers!) and their adorable dance moves, this is pretty much the cutest thing I’ve ever seen!

READ ALSO!  10 Most Common Habits That Damage Your Kidneys.

The pair gives new meaning to the song’s “moving so phenomenally” line, shimmying and shaking and hopping and clapping their way to viral video stardom much to the surprise of the unsuspecting mother!

As of this article’s posting, their clip has upwards of 6 Million views on YouTube alone!