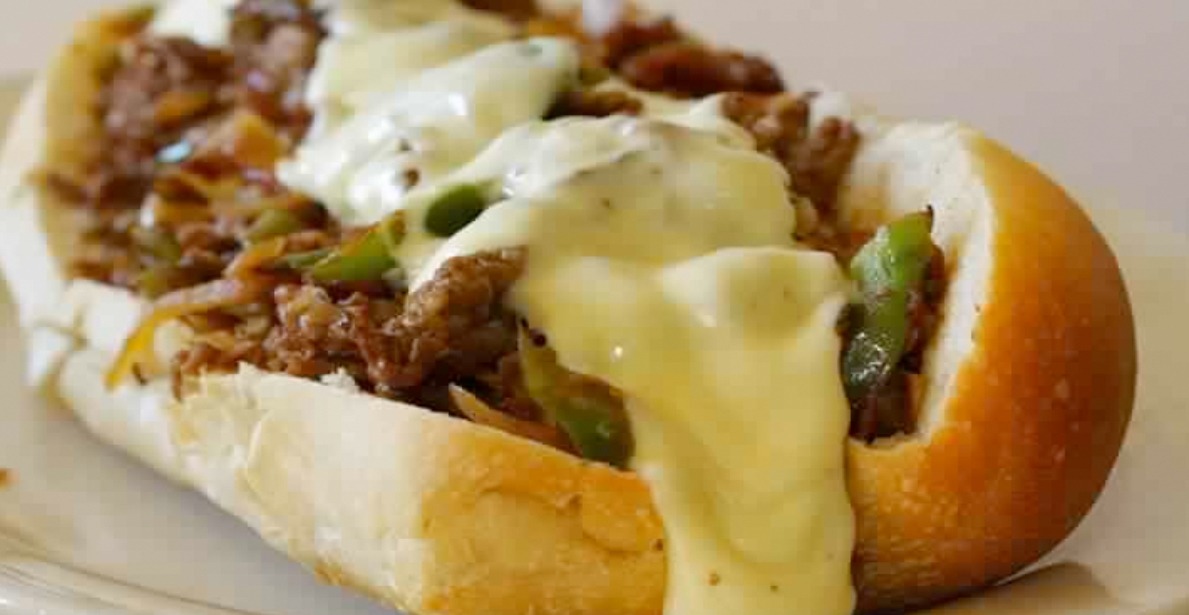 This makes a fantastic meat for Philly steak sandwiches. You can even use lower grade roasts and have this turn out. It also makes its own au jus if you like to dip as I do. To serve, sautee a sliced onion and sliced green pepper in a skillet. Put meat on a sub bun and top with onion and green pepper and Swiss or provolone cheese on top of that. Leave open-faced and broil until the cheese just starts to brown. The top of the bun will brown fast so don’t broil that until the cheese has completely melted and just starts to show color.

It is a pleasure to be the first person to try and rate this recipe. I used a 3 lb. sirloin tip roast that was about 3.5 inches thick so I sliced it across the grain in about 1 Cm thick slices. I used all the spices except omitted the cumin, a personal preference. I didn’t have beef bouillon cubes, but did have my own homemade beef broth, so used a cup of that with the beer (Yuengling ®) and whiskey, just enough to cover my meat. My slow cooker is a very old cooker and low for seven hours was perfect for tender moist meat with excellent flavor, you wouldn’t even know beer was used. My husband used the au jus for dipping his sandwich in, sort of a french dip Philly steak. Easy to quick cook up the onions and peppers for some really great tasting sandwiches.

This is a fantastic way to fix a roast for sandwiches. I used a Miller Lite® as that is what my husband had in the fridge. The flavors meld very nicely with this recipe. After the sandwiches were put together, I added the sautéed peppers and onions from the crockpot and a slice of provolone cheese and popped under the broiler. We used the au jus from the meat for dipping. My son and his new wife joined us for dinner and this sandwich was a 4-way winner in our house! Thanks duboo for sharing your recipe with all of us.

Great Philly Steak I also used the broth for dipping One of the best that I’ve ever had… Everyone in my family loved it even the children!!!

I loved the way the meat turns out tender & moist from these ingredients. I don’t usually like pot-roast-type meat, as it always feels “dry”, even with juice & gravy. This meat is so tender & juicy – I guess from the chemistry of the beer/whiskey/spices? (I felt like a mad scientist mixing the many seasonings!) It is SO good! I think I ate 1/3 of it during the day – I had to make sure I didn’t overcook it, right? The juice is so good I want to drink it…I used 2# boneless beef short ribs sliced 1/2″ thick, doubled the seasonings & cooked 8 hours on low. Fabulous! I will use this recipe over & over and have been thinking of adapting it for a pork loin I’ve got on hand.

I finally made this today, and the results were way above my expectations. I have made other slow cooker beef sandwiches that came out tasting like nothing more than a shredded, Sunday beef roast piled on a bun. Always disappointing. This recipe, however, had exactly what I was looking for in a slow-cooked beef filling for a beef sub sandwich. Delicious flavor and melt-in-your-mouth texture. I sliced the sirloin 1/4 inch thick so it would keep shape (didn’t want it shredded) and seasoned it with a little of the spice mixture and seared it first. I added the rest of the spice mixture to the slow cooker along with the seared beef strips and the remaining ingredients. I used Crown Royal, thank goodness, to compensate for the cheap, domesticated light beer that I had to use, and Muenster cheese under the broiler like another reviewer because I like how it melts nice and creamy, and the sauteed peppers and onions. All spices and measurements I followed exactly. I’m going to make this again this weekend to impress my guests who are coming in from out of town 🙂

2 1/2 to 3 pounds beef round steak
2 green peppers, sliced thin
To Find Out All The Yummy Ingredients And The Step By Step Directions To Follow for this Delicious recipes, Go to the next page.