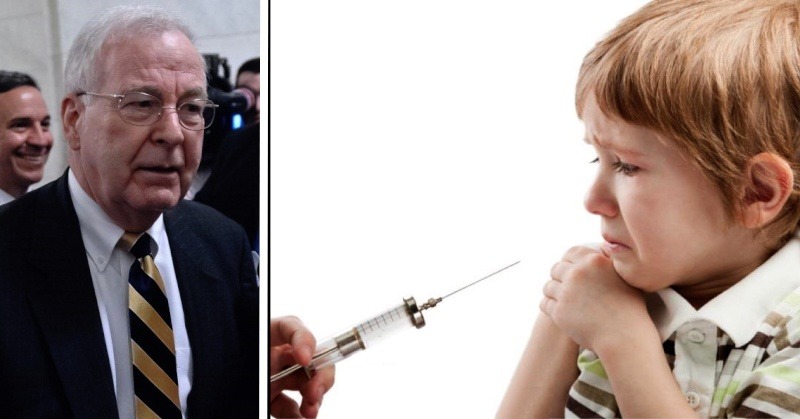 Who should our elected representatives represent? The people who elected them, or shadowy corporations behind the scenes?

On paper, the answer should be obvious, but in practice, corruption is festering for New York State Senator Kemp Hannon who passed a law forcing vaccinations on 7th and 12th graders while simultaneously taking hundreds of thousands of dollars from Big Pharma.

Conflict of interest anyone?

The law would mandate children in 7th and 12th grade to receive a vaccination for meningitis.

But the corrupt revelations suggest the possibility that Kemp may have passed the regulation in order to benefit his own personal financial interests.

According to the New York Daily News:

Sen. Kemp Hannon (R-Nassau County) in 2014 invested in 14 companies that would fall under his committee’s purview.

In addition to his investments, Hannon over the past four years also received more than $420,000 from pharmaceutical and other medical interests, records show.

Hannon’s office had no comment. On the part of his 2014 state financial disclosure form dealing with investments, he wrote that sales and purchases were ‘at sole discretion of the broker.’

By pinning the blame on his broker, Kemp is attempting to absolve himself of the damning allegations against him.