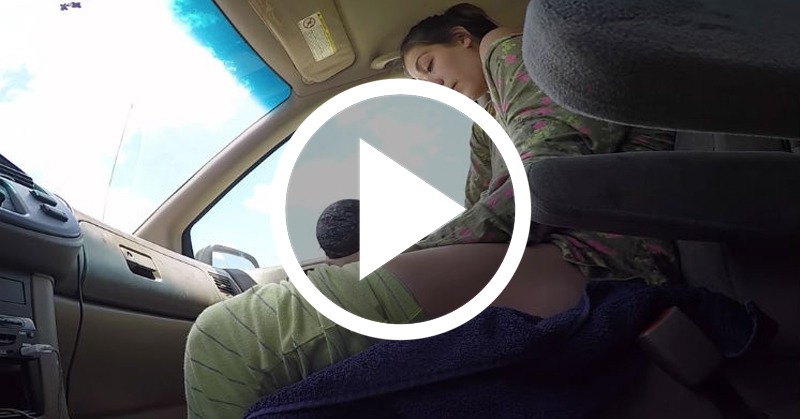 A jaw-dropping video of a Texas woman giving birth in the passenger seat of a minivan has taken the internet by storm.

The baby, weighing in at ten pounds, was out in just 4 minutes.

Lesia Pettijohn, the baby’s mother, and her husband, Jon, were on their way to the Bay Area Birthing Center in Pasadena. Ten minutes from the birthing center, her water broke.

Jon, who was driving, had situated his GoPro camera on his leg to film the birth.  He got the idea they might not make it to the birthing center on time.

As it turns out, Jon guessed right.

READ ALSO!  How to pick the perfect watermelon: 5 key tips from an experienced farmer

According to ABC13, The couple had to just keep driving, as they didn’t have a working cell phone to call for help.