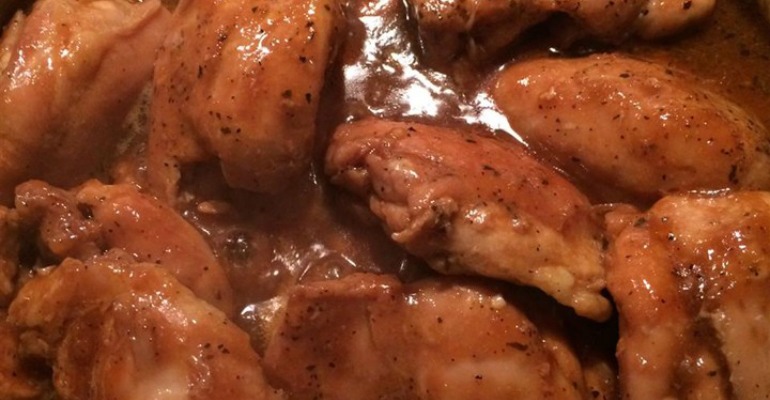 My husband doesn’t hardly ever do any of the cooking. When it’s his turn to make dinner, I usually come home to a takeout pizza, or worse, instant noodles. I would always make little remarks about him not being able to survive without me, and he would object. “Prove it!” was my response every time. Well, one day, much to my surprise, he did.

I came home to the most glorious smell of honey and garlic that I had ever encountered. I asked my lovely husband where he had gotten the takeout and he looked at me appalled. “I made it!” I was pretty certain that he was telling a fib until he showed me the recipe that he had found on All Recipes.

Well, alright then! We sat down to his maybe first since we’ve been married but who’s counting home-cooked meal. It was really good. I was very impressed. I told him to feel free to make this whenever he felt the urge to cook again. He kindly handed me the recipe and told me I’d be better at it. Well, it was nice while it lasted anyways!

Recipe and photo courtesy of All Recipes.

THE BUTTON NEXT PAGE LINK BELOW FOR THE RECIPE AND INGREDIENTS