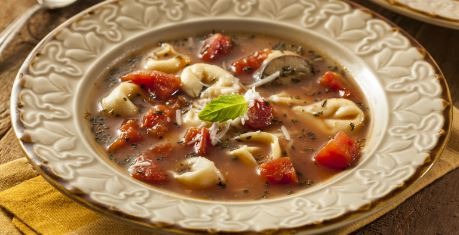 Hearing the pasta tortellini reminds me of a funny story.
I have a friend whose nickname is Torte. It’s very far from his original name. In fact, it isn’t his chosen nickname. We used to call him Will, short for William, his second name. But that changed when we were invited to their vacation home and we met his mother. Will’s Mom loves pasta so much. She knows every pasta recipe there is in addition to her knowing all the pasta types! My pasta type knowledge is limited to spaghetti, fettuccine, linguine, angel hair, bow, penne, and macaroni. And she knows about, what, a hundred perhaps? When she accidentally calls her son Torte in front of us, Will’s nickname problem begins.
Will’s mother initially wants to name all of her children with pasta names. Will’s father just managed to talk her out of it. His younger brother didn’t get to be so lucky though. His name is Bow. Well at least it isn’t Linguine or Fettucine.
Will was supposed to be Tortellini. I wish I am kidding, but I’m not. After that name talk, Will’s mother served us this wonderful pasta soup that has potatoes, sausage, and cheese on it. Not too much cheese though so the soup is a bit thin. When I found this soup recipe, it instantly reminds me of Will and his namesake; and how he could have been the star in this recipe.

READ ALSO!  The Party’s Not Over ‘Til We Eat The Praline Pecan Fudge