Home
JUST FOR YOU
This is Why You Should Never Let Your Dog Lick You! 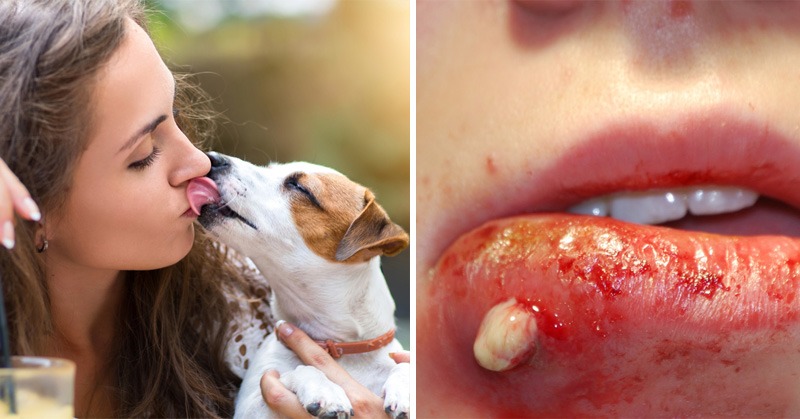 You might think it’s cute – that big, wet and slobbery tongue reaching out from your canine’s jaw and affectionately lapping at your face.

But what if I told you there was something quite sinister about it?

No, I’m not saying your beloved Fido is trying to harm you or anything like that. Your little (or big) furry friend genuinely is trying to display affection.

Too bad the same can’t be said for all the bacteria on their tongue.

No. That’s a total myth.

Marty Becker, author of ‘Chicken Soup for the Dog Owner’s Soul, puts it quite well when he says:

“All you have to do is look, watch, smell and you’ll realize that is not true.

John Oxford, professor of virology and bacteriology at the Queen Mary University in London, expanded further on just how much bacteria your dog’s muzzle and mouth can carry.

“It is not just what is carried in saliva. Dogs spend half their life with their noses in nasty corners or hovering over dog droppings so their muzzles are full of bacteria, viruses and germs of all sorts.”

Those viruses and germs can cause conditions that are pretty damaging to human health, as one U.K. woman learned the hard way.

She contracted an infection from her Italian greyhound’s saliva. She didn’t even realize anything was wrong until she was on the phone with a relative and began to notice her speech slurring.

By the time the ambulance arrived, she was slumped in her chair, her health degrading rapidly. She recovered within two weeks of intensive care and plenty of antibiotics.

Blood tests showed the infection to blame was due to capnocytophaga canimorsus bacteria, which is commonly found in the mouths of dogs and cats.

She’s not alone – there have been 13 similar cases throughout the UK.

I’m gonna make these for my mother but the dry …