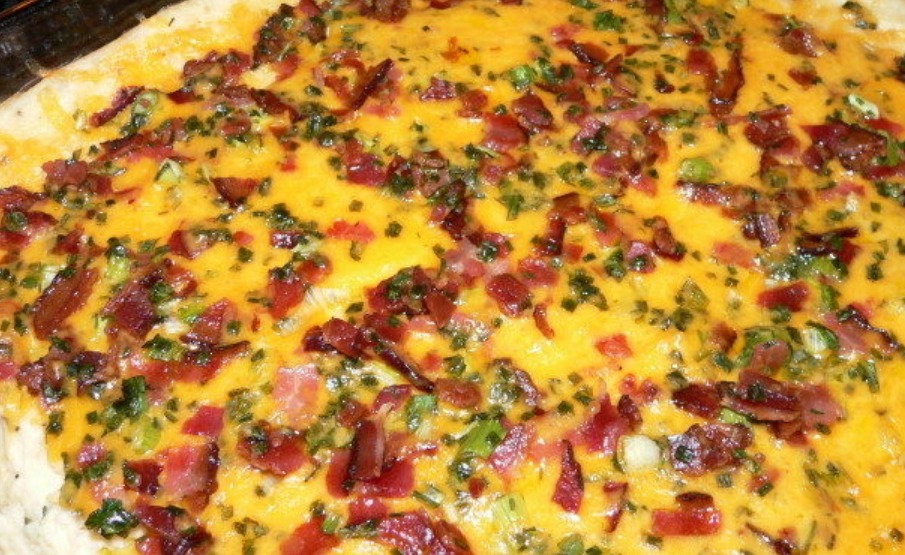 My daughter gave me this recipe because she knows I love potatoes. The hearty casserole is loaded with a palate-pleasing combination of bacon, cheeses, green onions and sour cream.

Wonderful! Tip:Don’t discard the skins!! Prepare them as potato skins, add cheese and bacon and flash freeze them, then seal them in portion sizes freezer bags for an easy homemade potato skin appetizer later! Just put frozen potato skins in preheated oven at 350 for 10-15mins. Now about the Casserole! It’s wonderful! Followed exactly except I added seasoned salt instead of regular salt and tripled the recipe. By tripling the recipe I have plenty to put in the pan for the casserole as well as extra potatoe stuffing to put back into my potatoe skins to freeze for last as twice baked potatoes. Love the versatility of this recipe and being able to use up all of my potatoes 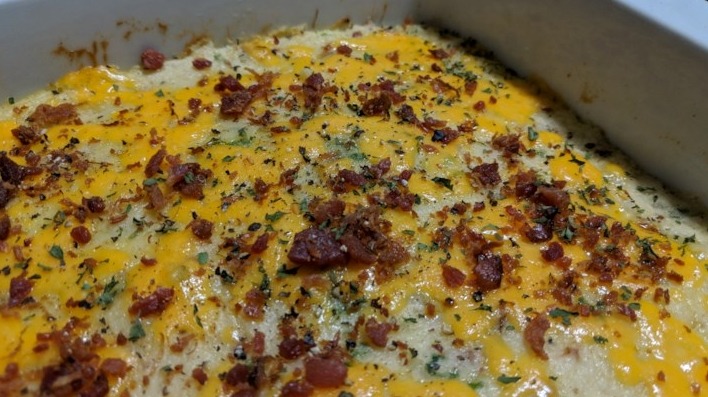 I made it a bit easier. I used instant potatoes (made according to package) and didn’t use sour cream (didn’t have any on hand) or milk, instead I used half and half. I also topped it with 1tbs of bacon bits and parsley.

1-1/2 pounds red potatoes (about 6 medium), baked
1/4 teaspoon salt
To Find Out All The Yummy Ingredients And The Step By Step Directions To Follow for this Delicious recipes, Go to the next page.