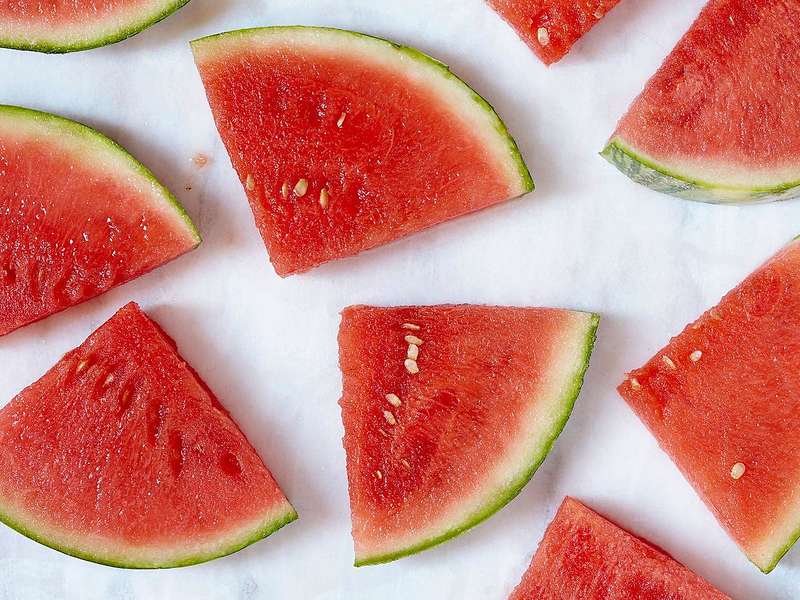 And why do seedless watermelons have seeds?

If you were asked to draw a watermelon, you’d probably picture a triangular slice of fruit with pink flesh, a green rind, and black seeds. But if you’ve actually cut into a watermelon recently, you’ve noticed that there are also white seeds among the black. And more often than not, there are even more white watermelon seeds than black ones. So what’s the difference between white and black watermelon seeds? As Brahna Siegelberg writes in Slate, the color of watermelon seeds comes down to one factor: “Maturity.” White watermelon seeds are simply infertile, underdeveloped seeds, and they occur naturally. According to Siegelberg’s reporting, about 5 percent of all seeds in a single, American watermelon are “still immature upon harvest.”

Part of the reason you’re more likely to see these white watermelon seeds in the United States is because Americans prefer the so-called “seedless” versions of this summer fruit. As Zachary M. Steward reports for Quartz, “the seedless variety comprised 73% of all watermelon imported to the US, mainly from Mexico” in 2012.

READ ALSO!  Doctors Are Now Warning That You Might Be Infected With A Deadly Parasite If You Eat Sushi!

The good news is that the flesh of seedless watermelons is just as delicious, scientifically, as that of more traditional, seed-filled melons. As April Fulton writes for NPR’s The Salt, “If you think seedless watermelons taste bland compared to the seeded ones, it’s all in your head.” And though these small, white seeds do make eating raw watermelon easier, with fewer choking hazards, these underdeveloped seeds cannot be used in other recipes, like sprouted or roasted watermelon seeds. So what you’re saving in convenience with white watermelon seeds, you’re losing in versatility. But hey, at least you don’t have to be worried about growing a watermelon inside your belly if you eat them whole. (Though you don’t have to worry about that if you eat black watermelon seeds either, for what it’s worth.)